System management is the profession of administrating and maintaining systems with applications and programs in server constructs such as data center and clouds, or enterprise solutions in general. An effective systems management plan facilitates the delivery of IT as a service (ITaaS) and allows the organization’s employees to respond to changing business requirements in an agile manner. (Reference) 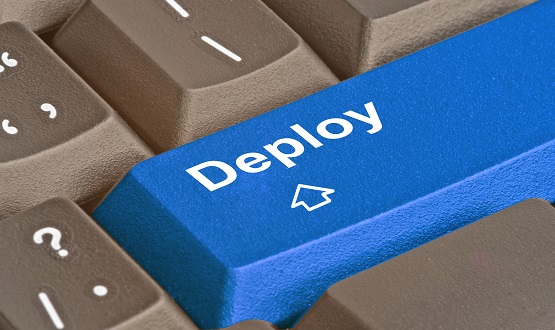 Deployment encompasses all the processes involved in getting new software or hardware up and running properly in its environment, including installation, configuration, running, testing, and making necessary changes. The word implementation is sometimes used to mean the same thing. The deployment of a mechanical device, electrical system, computer program, etc., is its assembly or transformation from a packaged form to an operational working state. Deployment implies moving a product from a temporary or development state to a permanent or desired state. (Reference)

Command Line Language such as Powershell and GNU Bash

PowerShell is a task automation and configuration management framework by Microsoft, consisting of a command-line shell and the associated scripting language. (Reference)

“Bash is the shell, or command language interpreter, for the GNU operating system. A Unix shell is both a command interpreter and a programming language. As a command interpreter, the shell provides the user interface to the rich set of GNU utilities. The programming language features allow these utilities to be combined. Files containing commands can be created, and become commands themselves. The shells may be used interactively or non-interactively. ” Reference: GNU Bash Reference Manual

This type of maintenance will include everything from software update tasks to the complete replacement of equipment or systems, depending on the needs.

Updating the system is important for security reasons, and necessary for further improvements. When making updates to the system, its important to know that all legacy systems and modules will function as intended after the updates. Especially on live systems with no downtime, update strategies and roll-outs needs to be handled properly.

Backup and Restore are essential elements in System Management. To use cloud solutions for backup is often recommended as an alternative to storing data running on machines on-premise. Backup programs and scripts is often used for mirroring or cloning purposes of a (live) system. Recovery is about retrieving data, while testing is often about assuring that restoring is possible.

IT support is sometimes known simply as technical support and is a service where businesses offer help with computer technology to those who need it. Usually, IT support is used to help solve specific problems a person, or company, may be having, rather than providing any training, qualifications or courses.

NB! This site is in live development. Please consider reading the Legal Notice before utilizing this service.  Conditions and Terms